Members have alerted the AEAV that Ambulance Victoria is conducting hair testing in the East Gippsland region again.

In March 2019, paramedics in Bairnsdale were subjected to barbaric hair testing during a probe for missing drugs. These paramedics were left with butchered hair-dos and bald patches without any support from Ambulance Victoria. They called on CEO Tony Walker to request a meeting and an apology but never received a response.

Barbaric drug testing without cause is a state-wide problem for paramedics and the AEAV dealt with many horrific examples in 2019 alone.

It is for this reason that the AEAV is calling on Ambulance Victoria to fix the problem through the enterprise bargaining negotiations.
AEAV fighting for:

IF YOU ARE DIRECTED TO PARTICIPATE IN ANY FORM OF ALCOHOL AND OTHER DRUG TESTING – CONTACT THE AEAV ON 9235 7777 OR AEAVIC@UNITEDWORKERS.ORG.AU IMMEDIATELY. 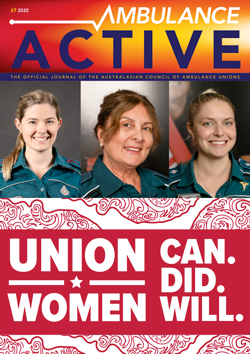